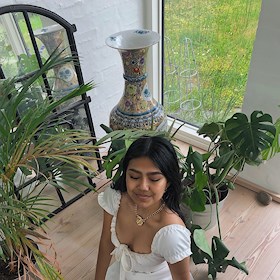 Hi lovelies!
I’m back with a different type of blog post. A girl direct messaged me asking how to gain confident and courage to speak up due to her being bullied she needed help. She’s in college and has been felt like an outsider for a long while. She gave me permission to post this in case you’d think I’d post this without her permission and knowledge.

First off, I am going to tell you this even though I am certain that you’ve heard it at least a thousand of times before. No matter your age, environment, personality or even looks, someone will feel less worthy than you and they’d either accept it or they’d envy you for it. This could happen to you in middle school, high school, college, workplace or even a home for the elderly. It happens through out life. If we all could look like Blake Lively, Beyoncé or Selena Gomez, we’d still have these self image issues. Yep, it’s true. Some women have the confident it takes to accept the fact that there is someone out here who has clear skin and a beautiful body, this has a big variation today, whether you’re pear shaped, hour glass or slim shaped. However, others find it difficult and they tend to become jealous of your values; of your worth.

These are the girls that seem normal. The girls who smile and look good, but deep inside they tend to feel bad. Bad in the way that they don’t feel good enough, whether it is heir personality or physical looks. These girls are manipulative, as we women can be, they are very passive aggressive. They’ll smile to you and be kind to you in the hallways but behind your back, they will trash talk you. Strip you down from all of your glory because wasting their time like this would make them feel better, but only for a minute or two. They will make a “sarcastic” comment to other people and make it seem like a joke, but it isn’t. It is their way to get it out of their chests. Hoping people would agree on how ugly or awful the other girl/guy is.

They will then have a close friend group. A group they can lead. A bunch of people with their own insecurities that the insecure feeds of. They take advantage and manipulate this group in order to maintain their power. They think they’re the cool kids and they’ve believed so for so long that they don’t realize that some people can see through them. The queen b will then manipulate other insecure girls and boys and treat them as if they’re bellow her, while in reality, she’s below all of them. She pushes them lower by bringing them down. This is how she gets “higher” — the truth is, to me and most people who are rational and confident enough to accept who they are, we see through that. All we do is feel sorry for the so called “queen b”. We see an insecure girl who is filled with nothing but hatred toward herself and the only way to make herself happy is to bring other people down. That is just sad and I hope someone will hold them and tell them just how much they’re worth and hopefully in time, they’ll see it too one day.

These girls aren’t even brave enough to do other than passive aggressive acts. And when they do verbally get aggressive, it’s because people let them; they let them by not speaking up or for even caring. Don’t waste your time on people with negative energy — people who are below you. I’m not saying that to be arrogant but rather to state the truth. The truth everyone is so scared of. They aren’t more than you, which is why you should ignore them instead of feeding them with the reactions they want. And yes, I acknowledge that it is easier said than done.

How do I know? I was bullied in 2nd to 3rd grade. I was the weird girl who brought Asian food lunches to school rather than ry bread and salami, the typical Danish lunch, I didn’t speak Danish fluently at the time which made kids thinking hay I was different. So I felt different. Then I got popular by 5th - 7th grade and let me tell you this.. I was so happy about the power and glory, the girls wanting to be me and the boys noticing that I’m more than just friend material, was the best glory ever. I made sure I marked my territory. I had the guys wrapped around my little finger and the girls. I put all of my energy into poisoning their minds about the other girls because they never liked me anyways. I got to be in the popular group and it wasn’t that great. I was insecure. So insecure that I’d bring the others down below me. Or tried to. Some of them were beautiful and confident enough to see through me. By the time I was in 8th grade in Oman, I had was a lot more down to earth. I still had my insecurities. Duh, I’m a girl. And I’ve learned so many things since then.

I’ve learned that loving yourself is necessary. It is a need and it should be a want. It’s like water; you need it. Accepting your flaws is truly necessary. Accept the way you are because you truly couldn’t be more beautiful. You matter and your are so beautiful! You are intelligent, kind and brave too. Embrace who you are and understand that it is okay to look at the mirror once in a while and think “gosh my nose is too wide”, “my hips are to broad” or “my face is too round” as long as it doesn’t ruin you completely. As long as you don’t try to bring people down to make yourself feel better. It’s simply just to bitter. I hope you know just how beautiful you are and if you are reading this or even looking through my instagram, whether it is to admire me or hate me, I hope you truly know how beautiful you are! I hope you’d wake up tomorrow or right now at his spectacular moment, thinking that it is time to accept who you are. Thinking it’s time to acknowledge the beautiful creature that you’ll always be. Even when the wrinkles come out!